So, I gave up on that RWB Porsche. The conversion kit was pure shit. Nothing fit right and the casting was terrible. Scrapped..  I've since finished my Zaku that the post with the figure was about.

and finished redesigning my hobby site. (see above)

A few weeks back, I went to a local contest called Spruefest. One of their sponsors was Tamiya and they were selling some new kits for cheap prices, so I picked up the new 1/32 Corsair F4U-1D and the 1/48 BF 109-G6, both new releases. I don't even think the 109 was out yet at the time. So, with those purchases, and the fact i've been working on my Macross VF-1S Valkyrie (Hasegawa) off and on for a while, i've decided to build just airplanes for a while. At least until I get tired of them.

Here's the progress on the Valk.  The fit is ok for the most part, not as good as Bandai or Tamiya, but there are seams to fill and some spots that need reworking. I'm planning to put it in a flight display, so I still need to figure out how to mount it, but there's plenty of time for that, i'm in no rush. 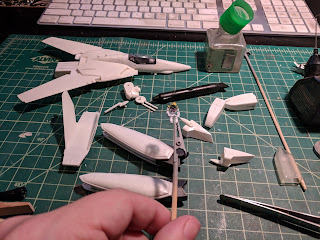 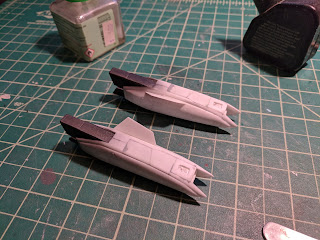 Resurrecting this RWB build.  Let's see how it goes.. 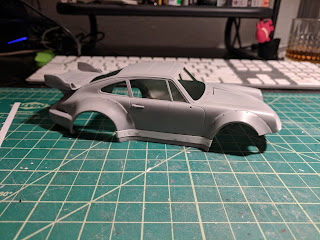 This little guy was modified with an xacto knife and some putty to look like an EFSF infantry soldier. Gun was made with styrene sheet. He's tiny.. now to paint him. 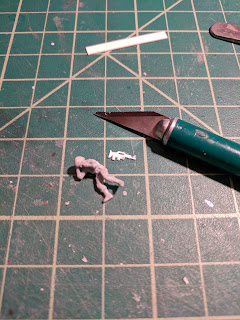 I've been working on this only at our friends' build gathering for the last few years. Needless to say, it's slow going. The main problem is the photoetch set for it.. It's torturous.. but it's finally starting to come along. 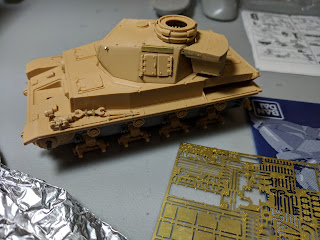 I finally redesigned (slightly) and updated my hobby site. Mainly I wanted to make it easier to add updates to it and to navigate. I added the last three models i've finished in the past year or so as well. A few more in the pipeline. 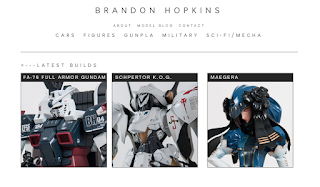 I've been building this for a while. It's something I started a couple years back but put in a box and left it sitting. I've dug it out lately and have been working on it again. I'll probably finish it soon. It's the MG Zaku II version 2.0. It's a decent kit, nice poseability. I hate these colors, so i've changed it. I'll update when I take new photos. 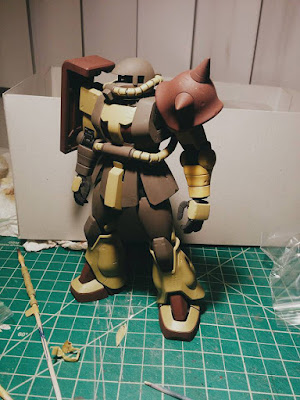 I started gluing on the body panels. Man.. this conversion kit kinda sucks. I mean, the details are nice, but the fit is horrible. It's going to take A LOT of work to make it smooth. I had to break some bits off to get the angles right. It's possible it was made for a different Porsche kit than i'm using, or maybe I didn't cut the base model in the right spots.. I dunno.  Anyway, i'm confident it'll look ok in the end, it's just going to take more work to get there than I wanted. 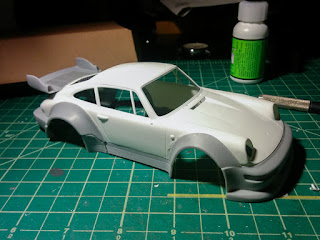 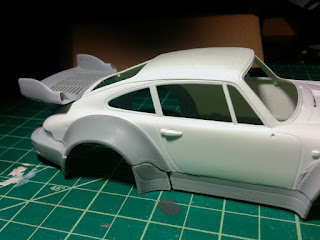 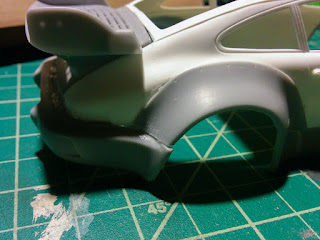 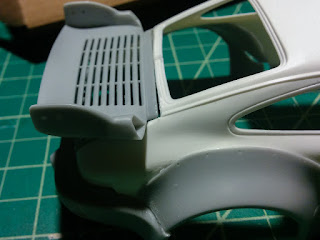 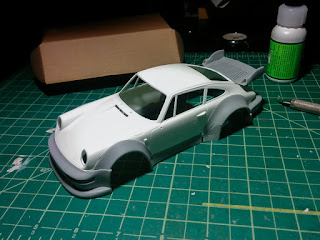