Been a while since i've worked on this.  I haven't quit on it, just was busy with the holidays amongst other things.. but here I am again.

I might've mentioned before that the suit had no pilot head.  Or maybe I didn't.. *shrug... anyways, It had no pilot head.  At first I was gonna just make it an empty suit, but when I stood the girl mechanic next to it, with her big smiling grin on her face, it just seemed weird.  I mean, what's she grinning at?  Inside joke?  Maybe she's just a little crazy (she is a woman after all.. j/k ladies.. wait.. ladies reading a model blog?  ..nevermind)  Anyways, where was I.. oh yeah, it seemed weird that she was laughing at nothing, so I decided to just sculpt my own head.  So here's a few shots of where it is at the moment. 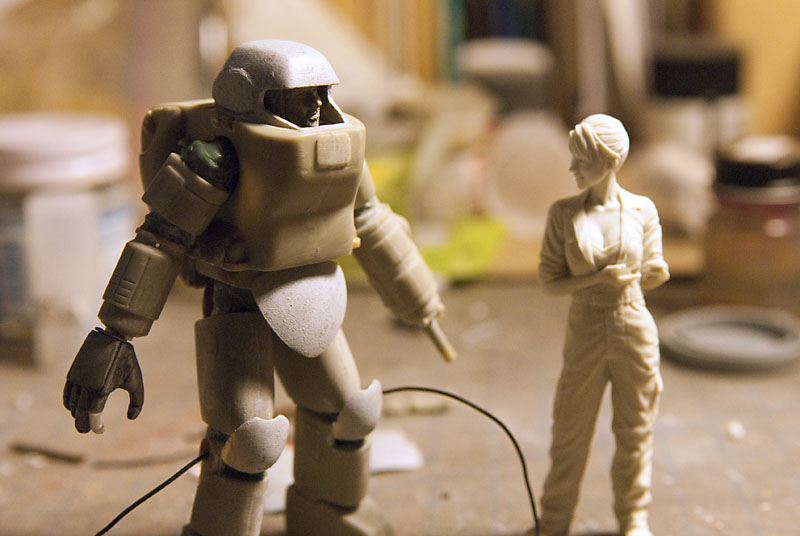 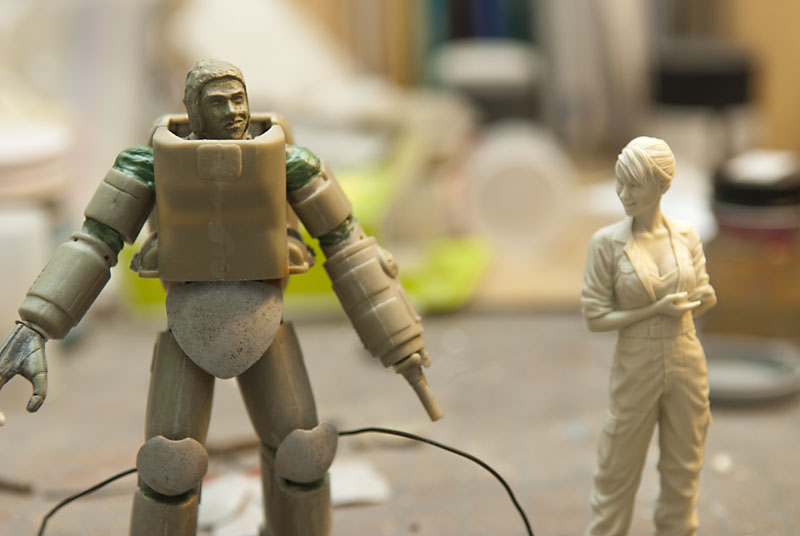 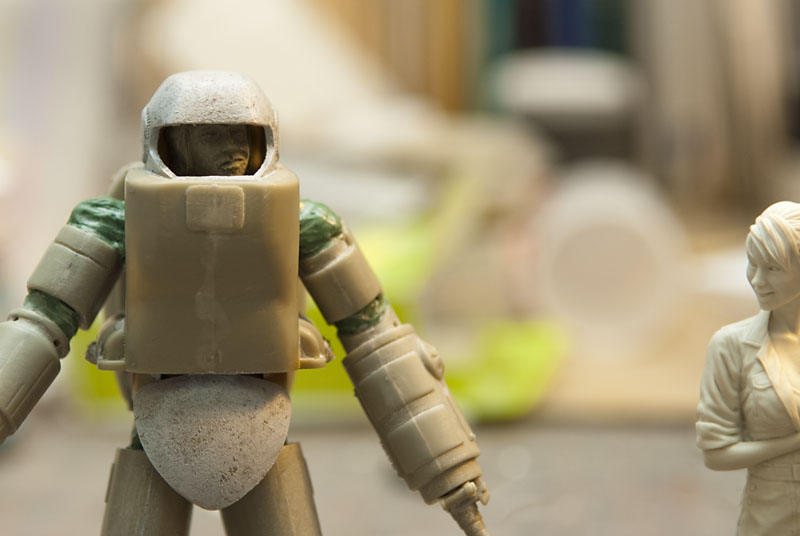 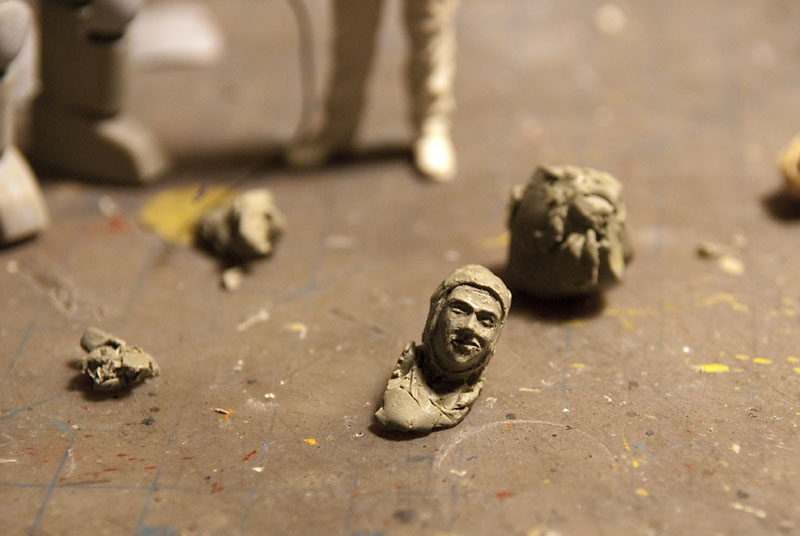 I also tried working on the hand.  Spreading the fingers apart, but the original part broke when I tried sawing it.  I mean it shattered into pieces.. lame.. luckily I had an extra hand from another kit.  Of course, one of the fingers broke off, which is why the forefinger is white here.  I had to make it from scratch.  It turned out ok though. 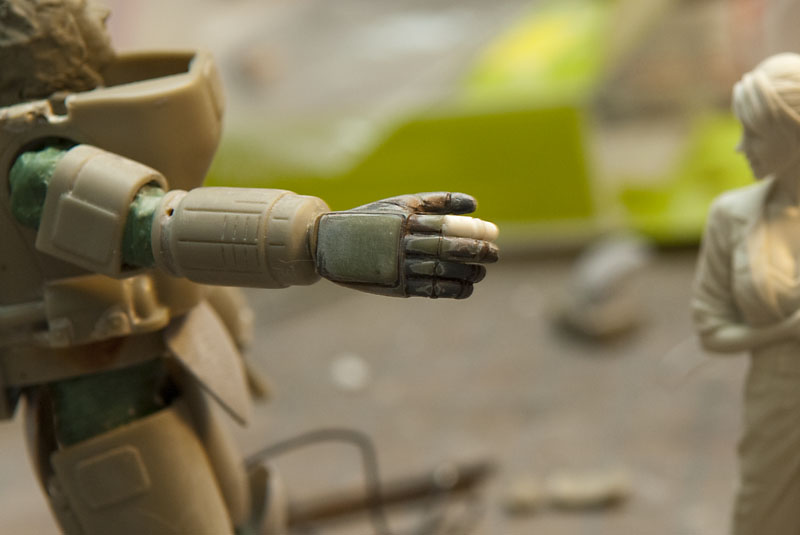