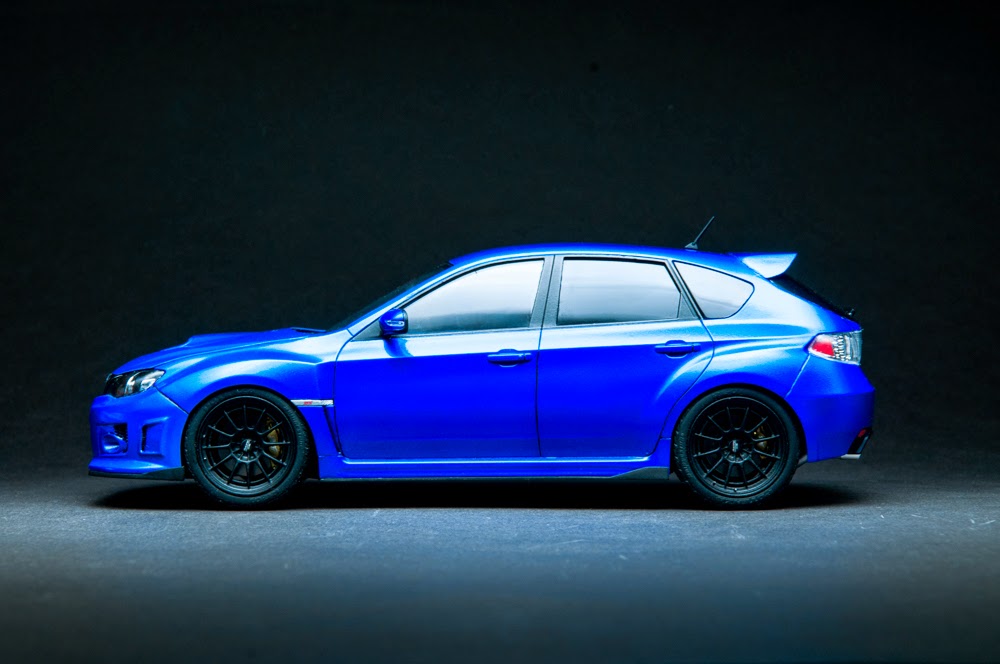 See it on my site:

Not much left to do, just finishing up details at this point. 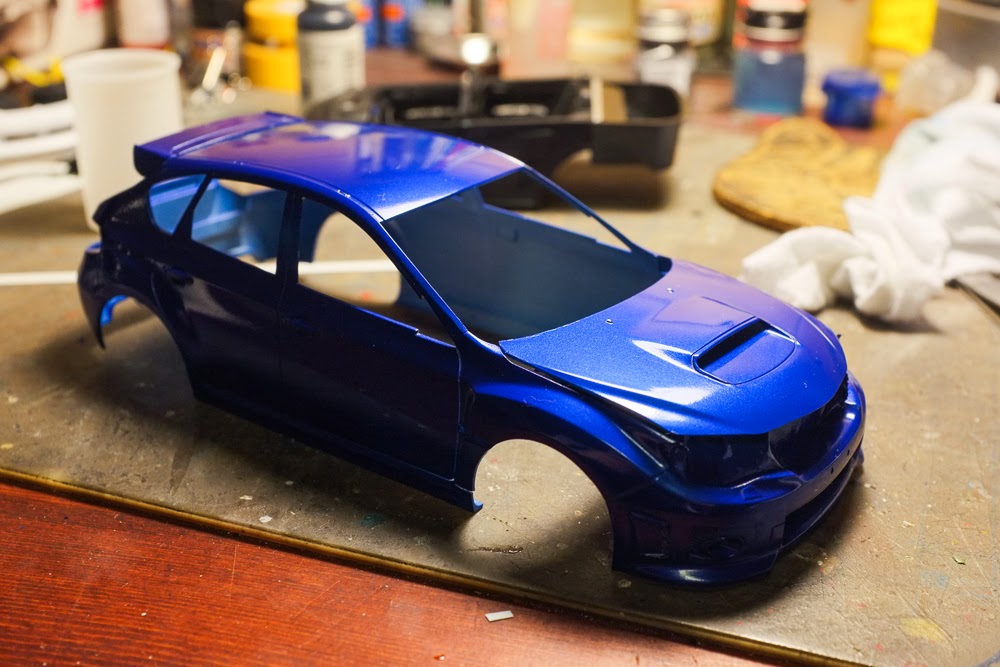 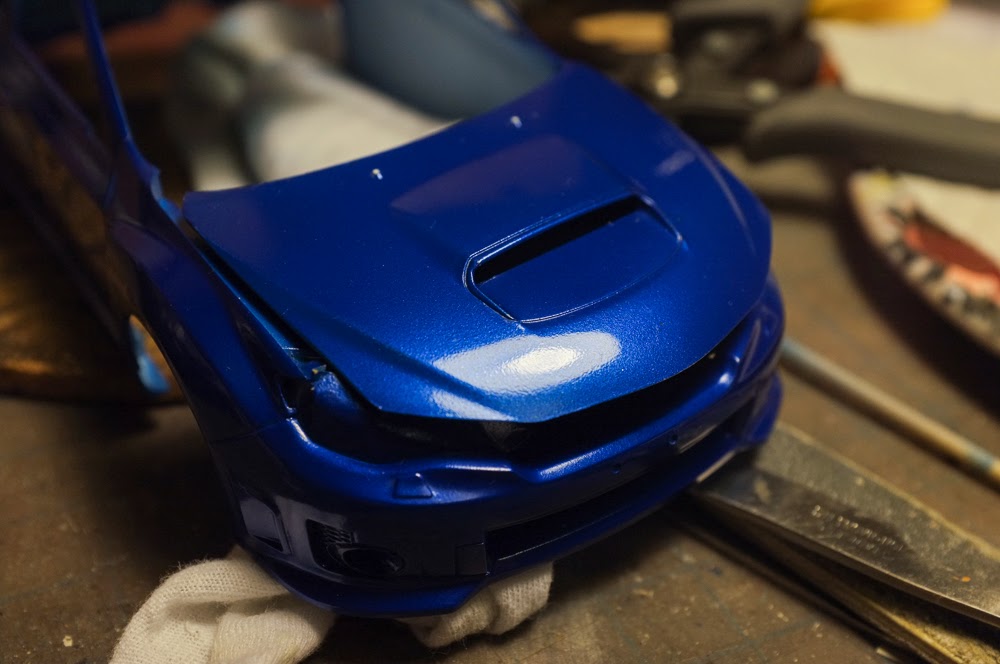 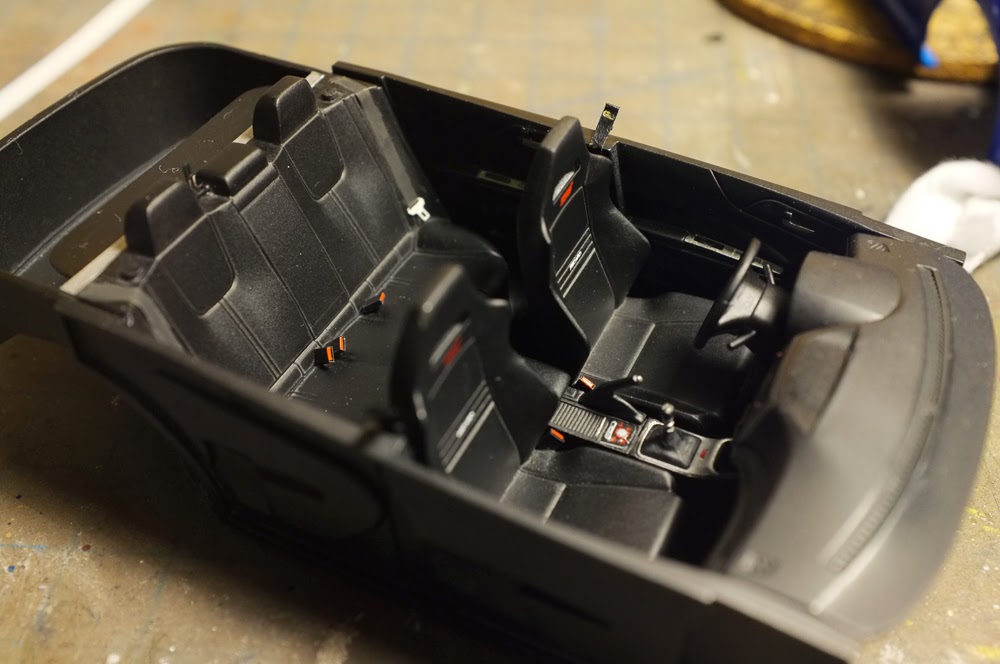 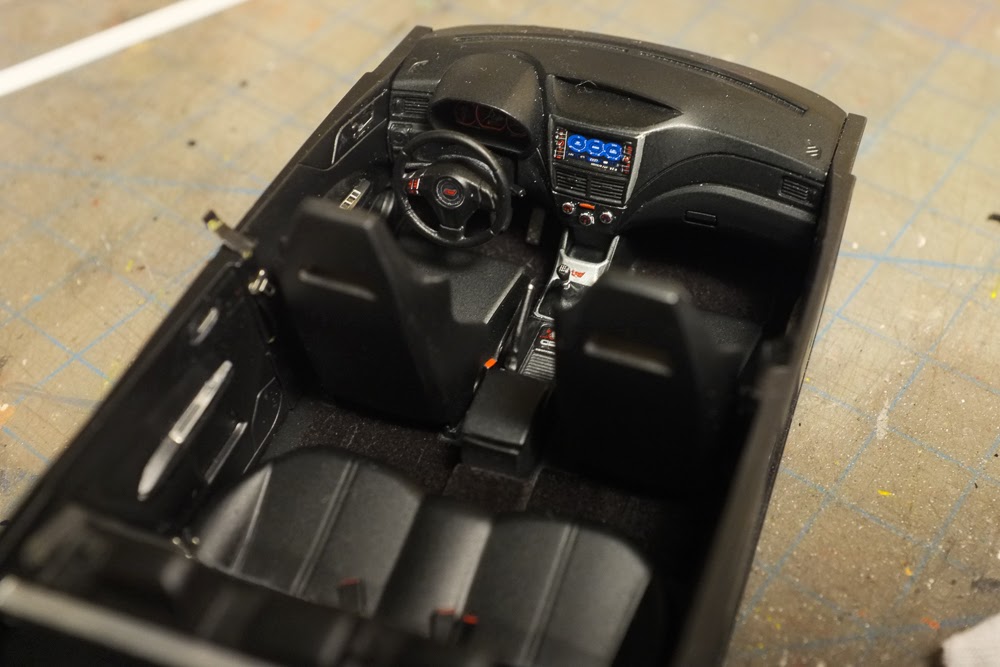 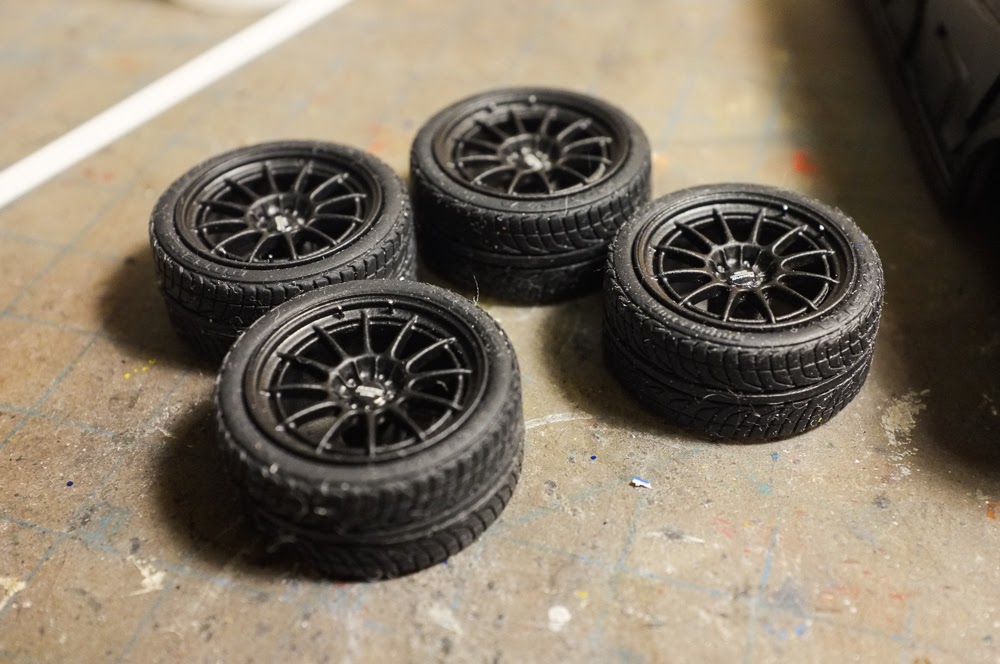 I'm making the USDM version of this car. The kit comes with two dashboards to make a right or left hand drive version, but the center console, which is different in the two versions isn't interchangeable.  So, I hacked it out using Hasegawa saws and stuck it back together in the us version's configuration. 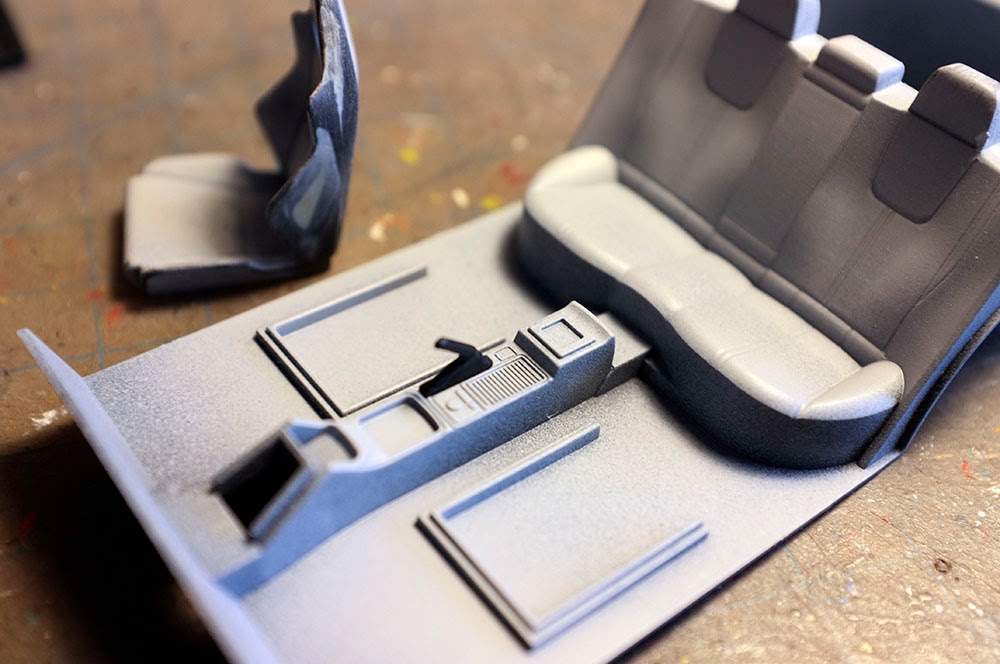 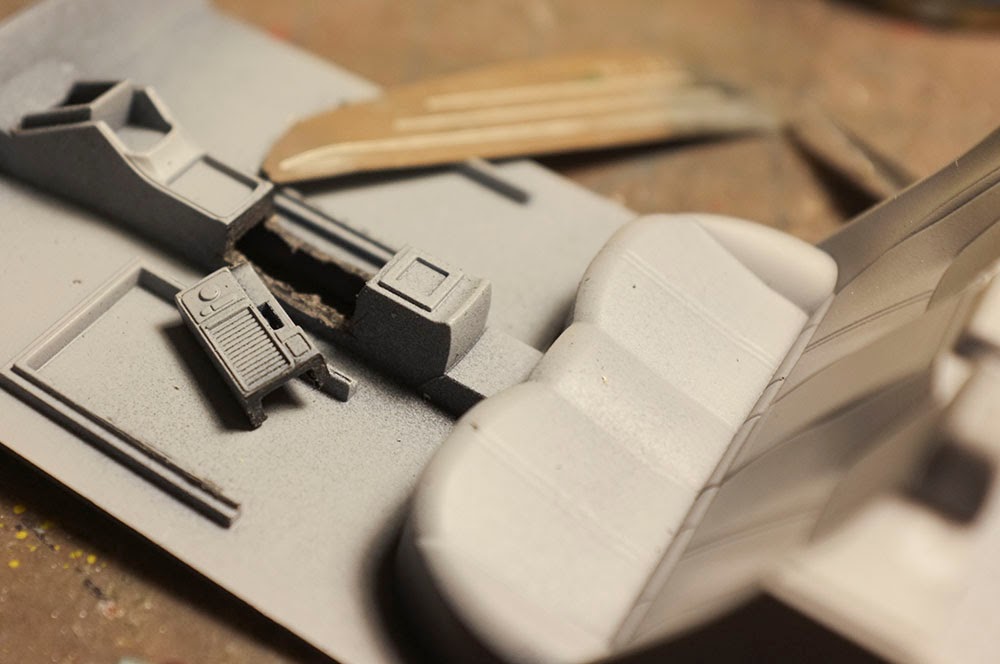 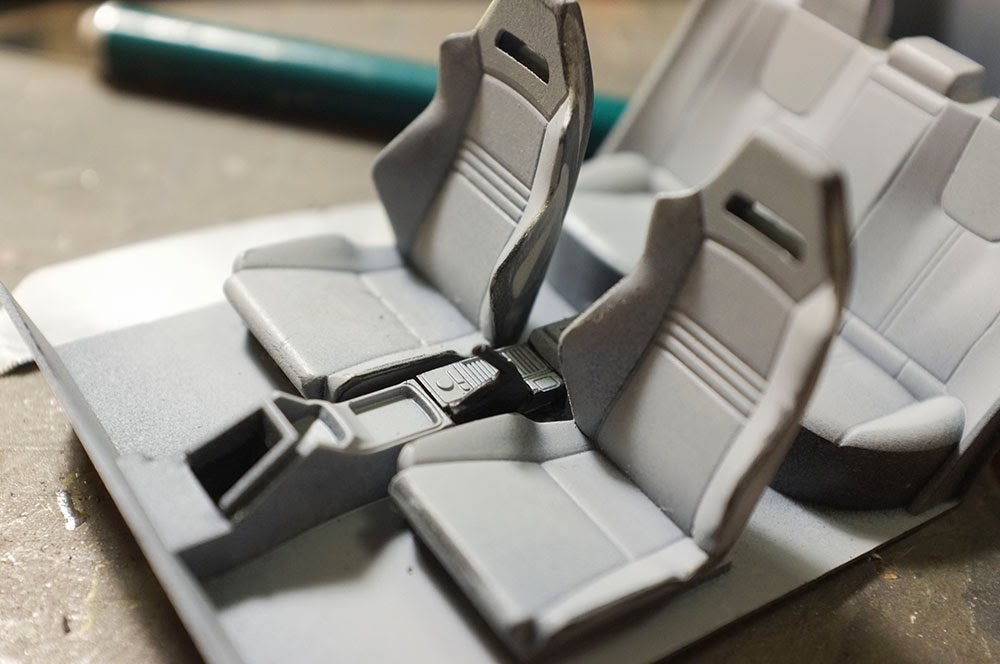 This morning I built the little photoetch vents inside the hood scoop.

It didn't go as smoothly as i'd hoped. It took a long while because they wouldn't stay vertical.  There was a little pressure in the grooves that they fit in that was popping them back to an uneven position, but eventually they came together.  It looks a little rough in the pic, but it should clean up ok. 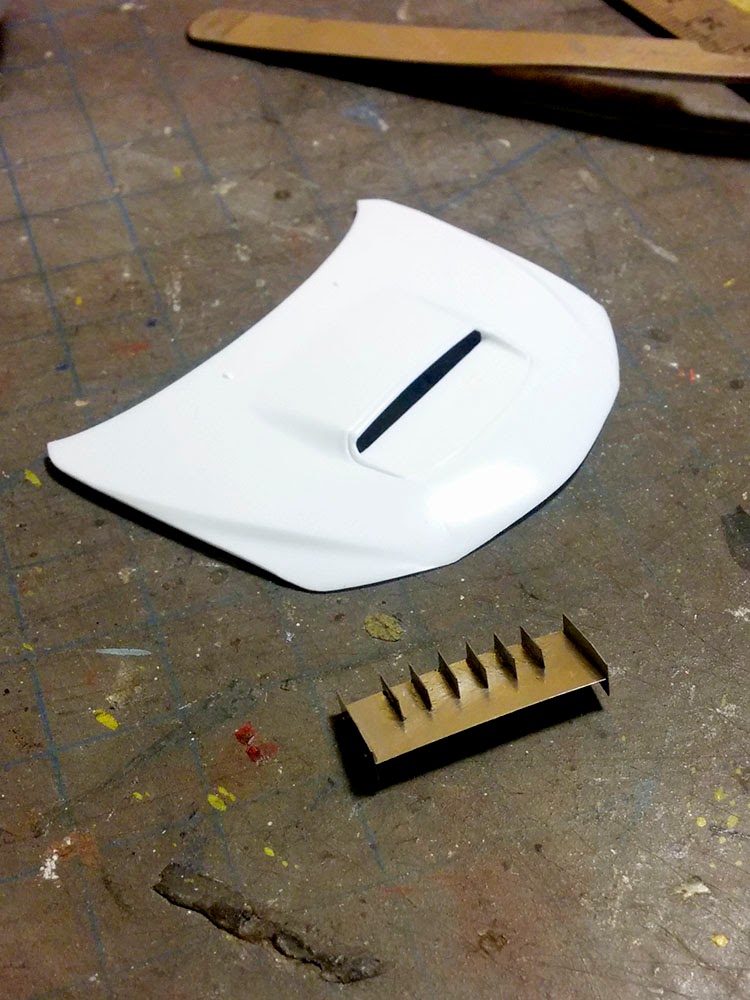 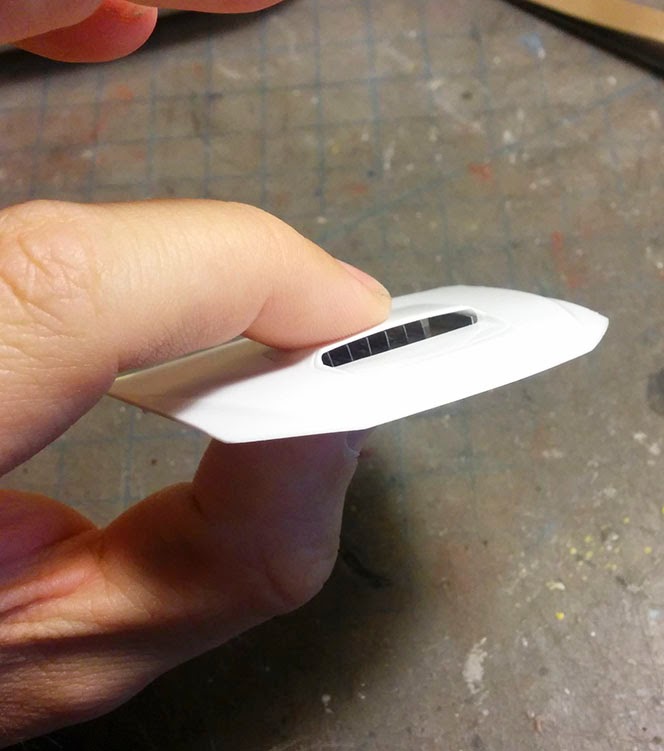 Progress!  Not much, but i'll take it.  I discovered that I have a missing parts tree in my box and was going to put this project on hold, but decided otherwise after I ordered an all new kit.  I'll just keep going and use those parts when they get here.

So, i've finished the underside and started adding some photoetch bits.  The brake rotors, exhaust tips, some grill pieces. I also did a test fit of the wheels. 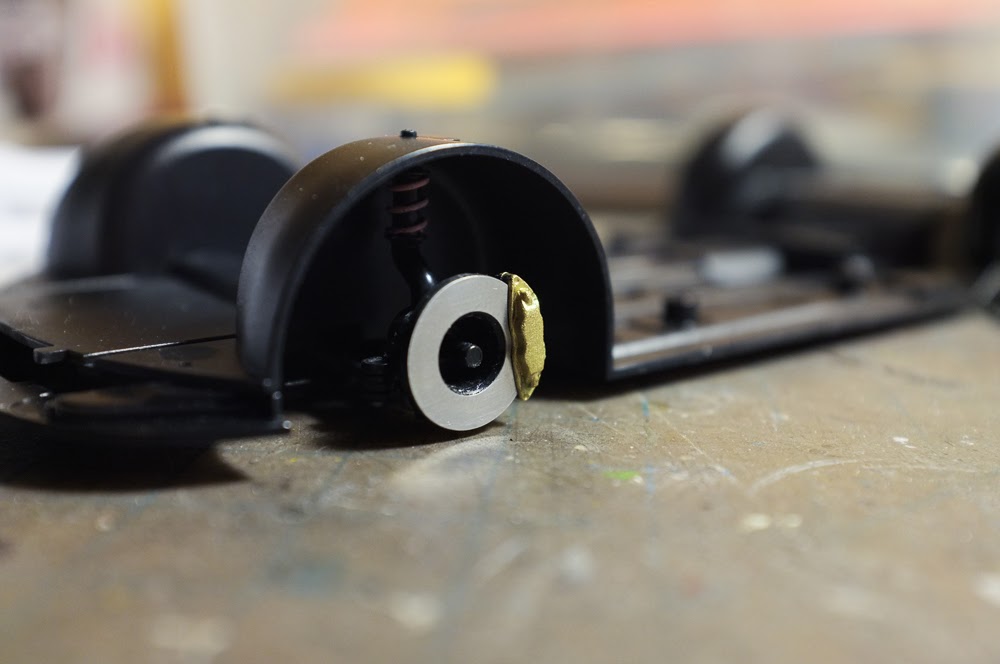 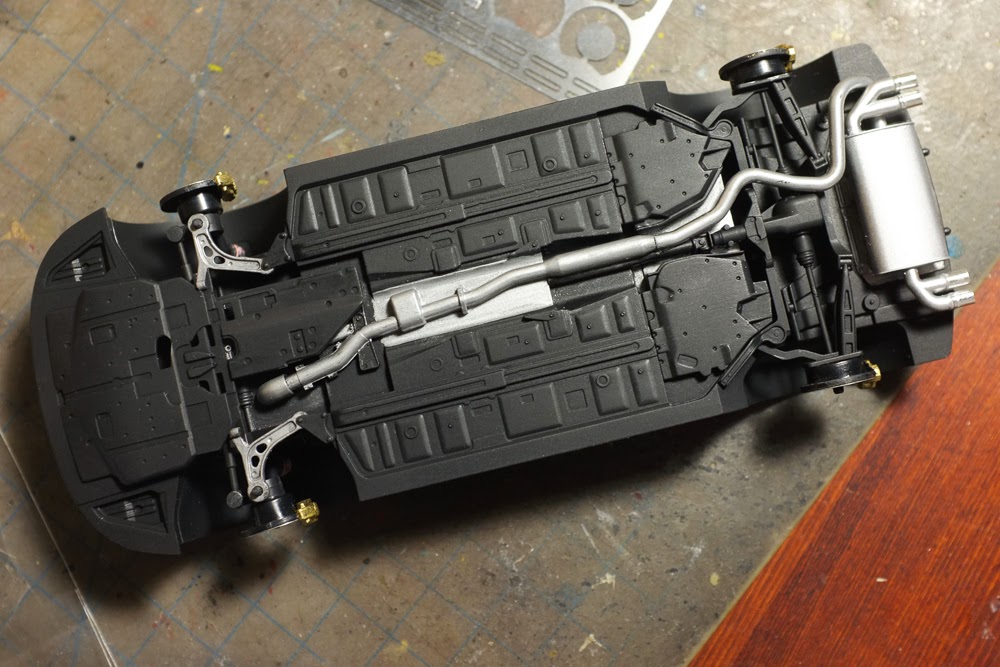 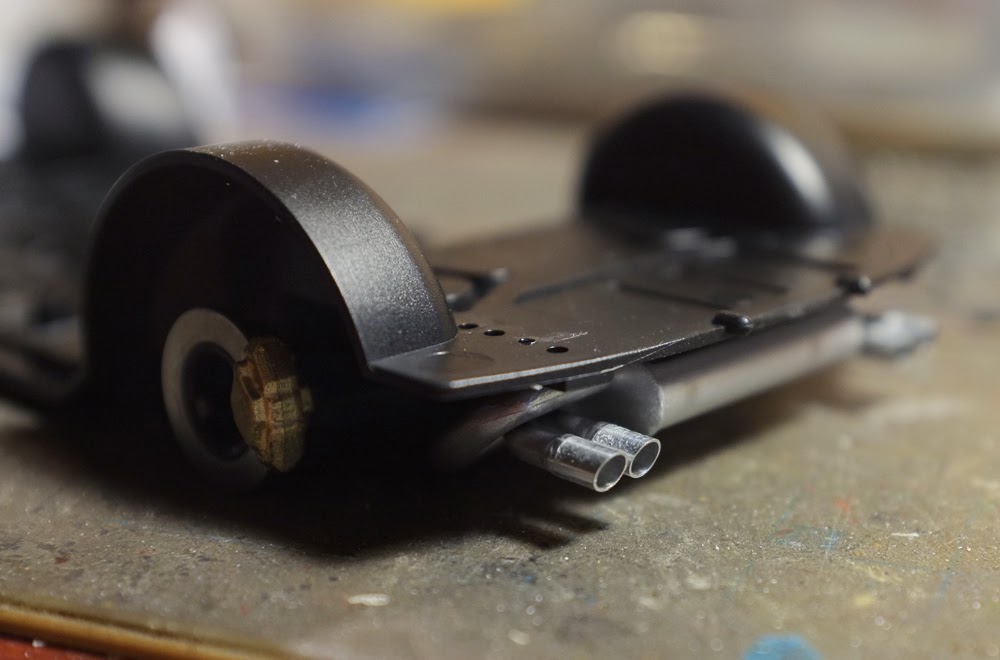 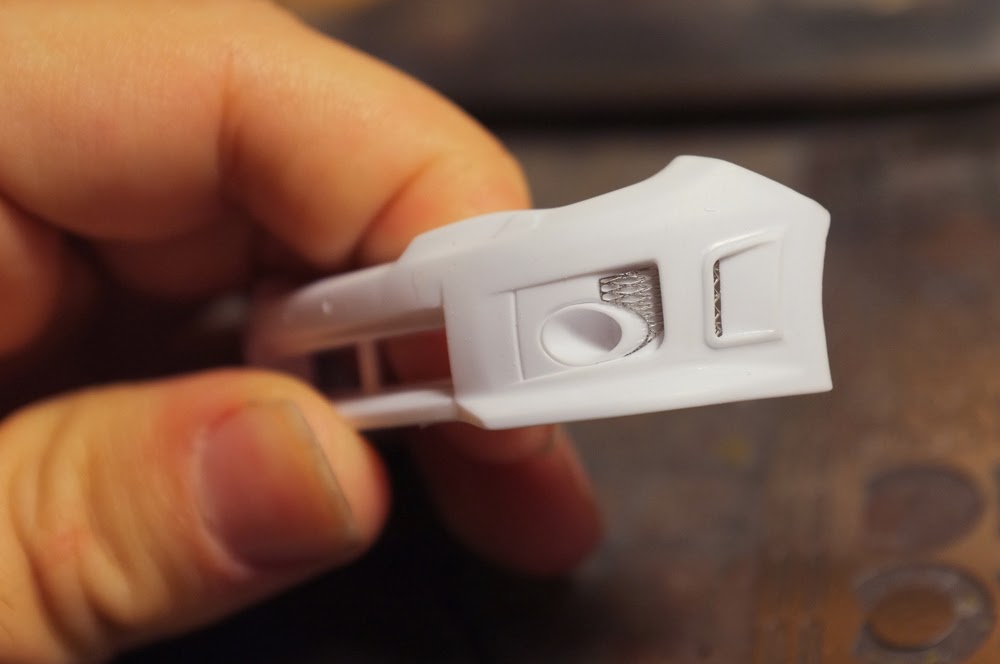 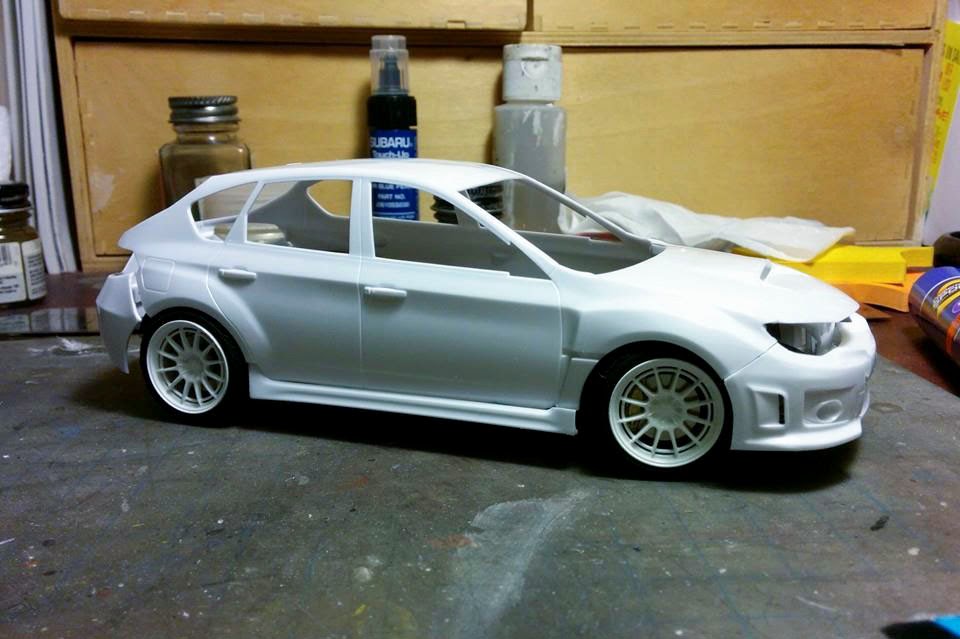 Hey guys, it's been a while.  I've finished some stuff since last updating this blog, and also started a new model.

First off, new stuff is on my site.  180sx in cars.  Enki in Sci-Fi, and hguc Zaku II diorama in Gundam.

Ok, with that outta the way.  Here's what i'm working on now.  My car in real life is a 2013 WRX hatch.  I found this model of the STI version, which is as close as I can get.  Luckily, it's visually identical!  The kit is from Aoshima and seems to be one of their top of the line kits.  It's more detailed than some of the other Aoshima cars I have. I also bought a photoetch detail set to go with it and some Enkei NT-03 wheels that I want to get in real life.  I have some touch-up paint for my car already so I should be set for the color. 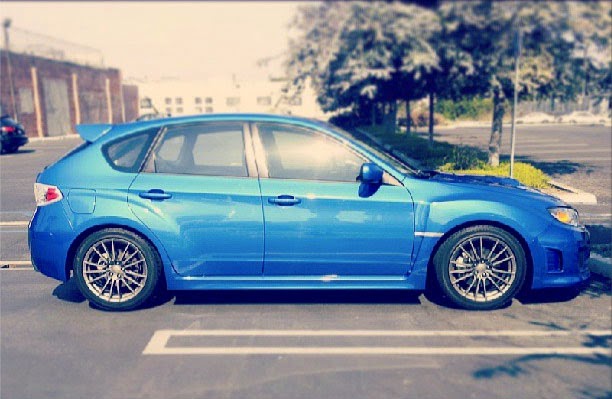 This isn't my car, but this is what the model should look like in the end: 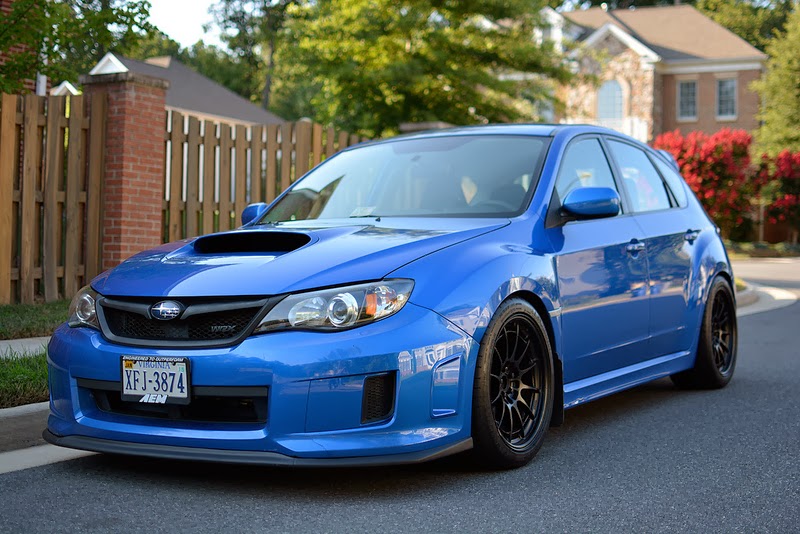 And the rest is just model pics as described above. 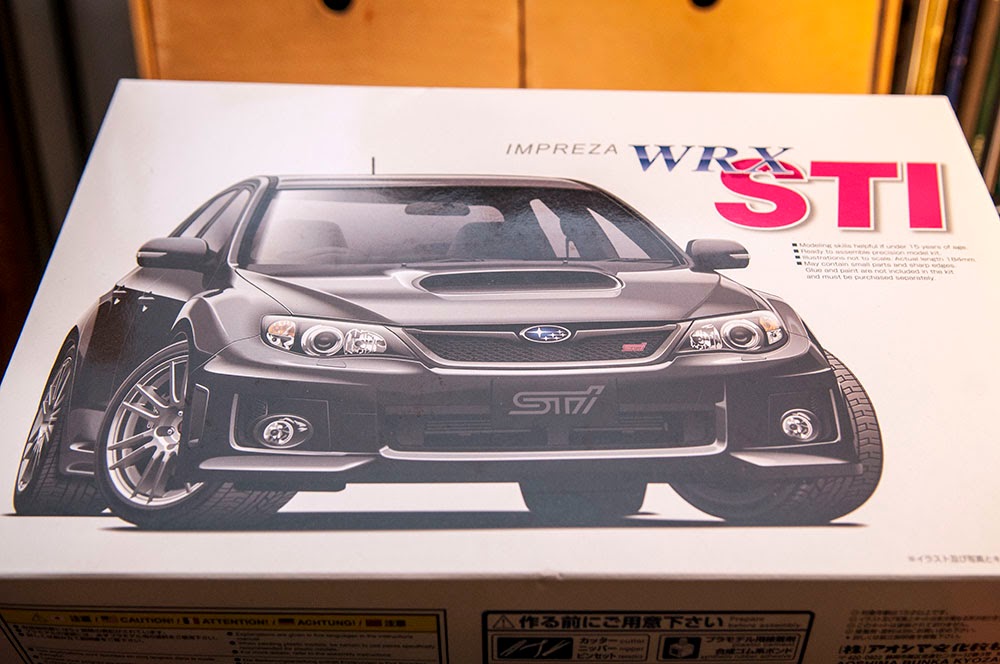 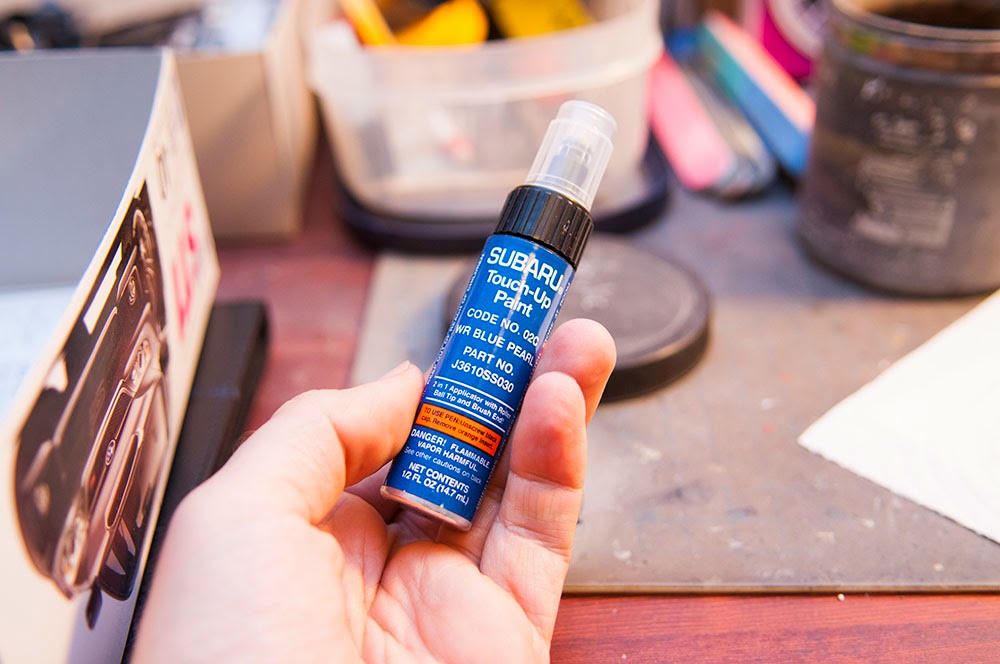 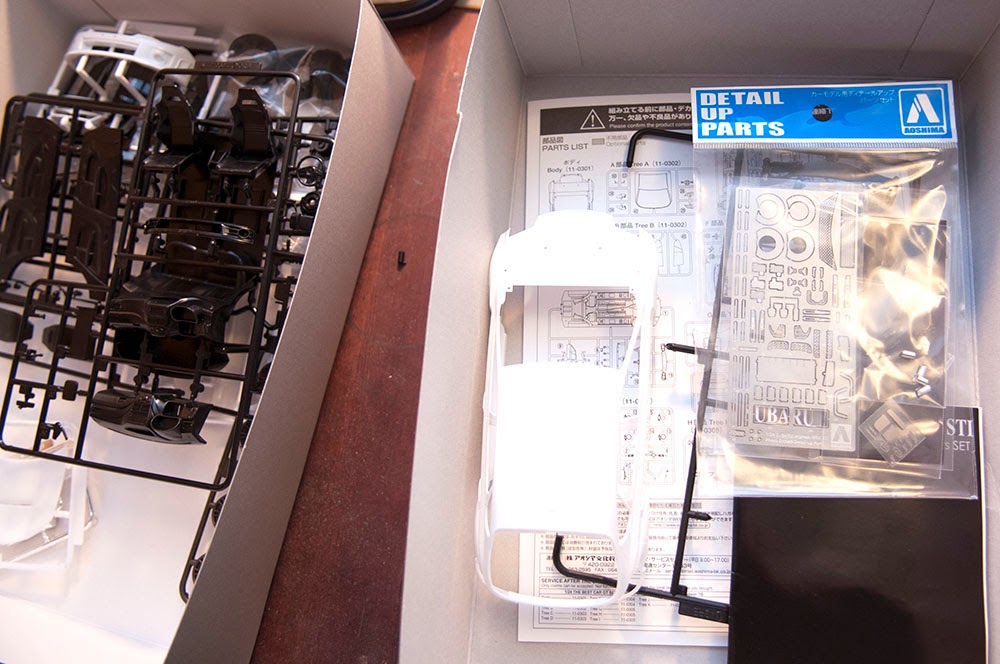 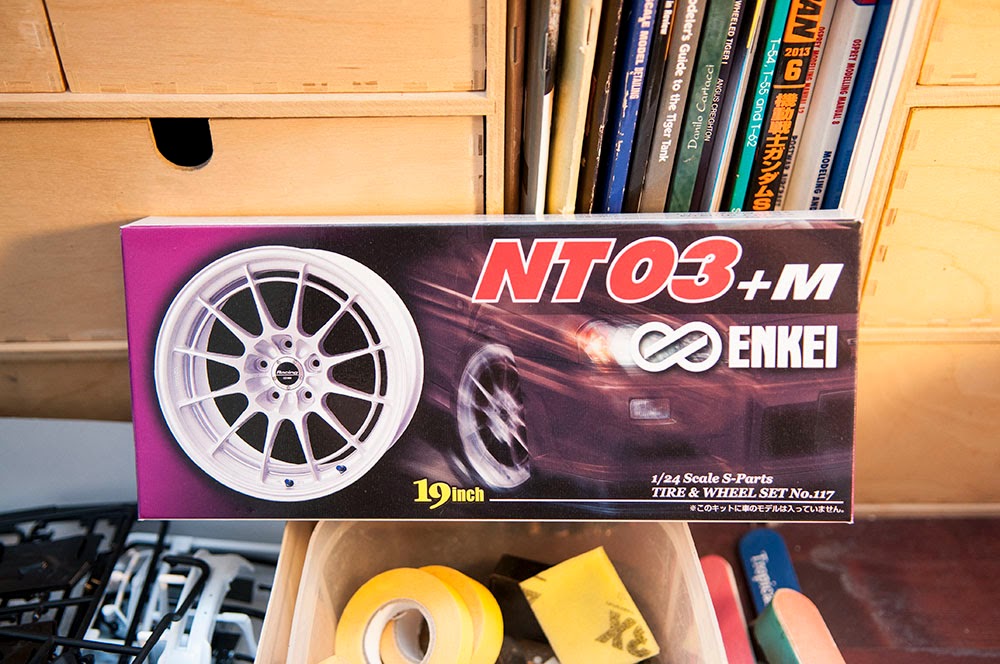 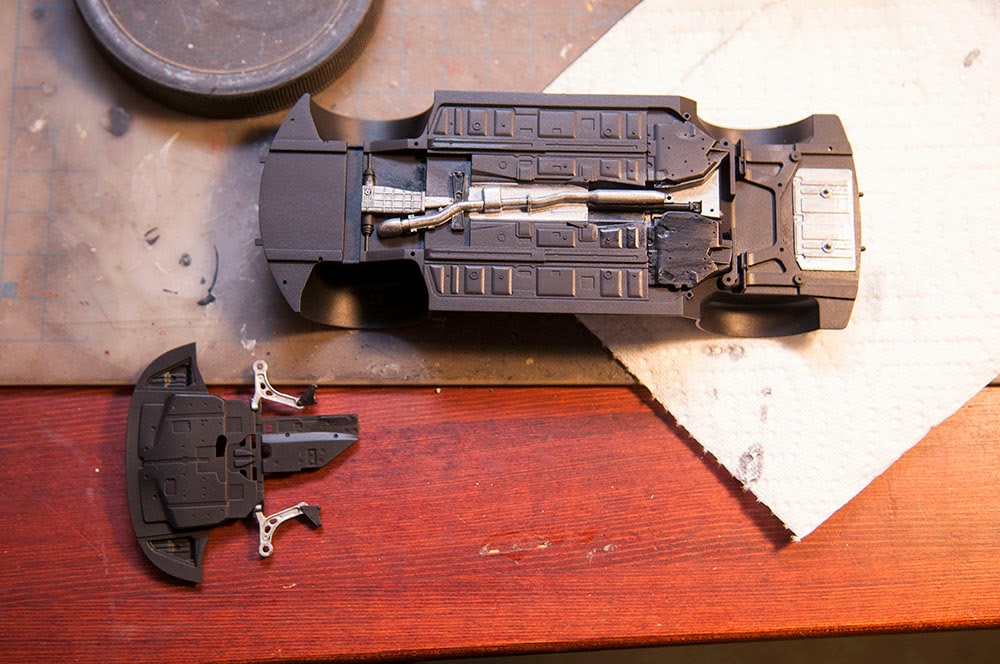